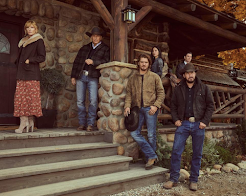 Sit back and enjoy vistas ready made for postcards, a cinematic feel that spans episodes and intriguing opening credits embedded in a steaming, sulfurous counterpoint of the old and new west. Welcome to the Yellowstone Ranch. Meet rancher/patriarch John Dutton. He is your host. Do not try to escape.

I heard a lot about this series from the Paramount Network, but it wasn’t until our local Xfinity service rolled out the Peacock channel that we had the ability to stream the first two seasons. Now that we’ve binged ourselves into a stupor, it’s time to take a look back and decide if season three is worth purchasing. 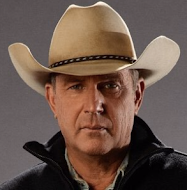 The star of the show and one of its executive producers is the legendary Kevin Costner. He’s one of the much older Newman/Redford Hollywood genre of hunks that cause misty-eyed lasses to temporarily forget all about their feminist ideals and leave us normal guys saying, “Hey, did you hear what I just said?” But what does he have that I lack, other than, well, everything. And he’s a year younger than me to boot. When he was Dancing With Wolves I was dancing with diapers and stuck in one of the most boring jobs of my life.

But this is not a bio about Kev. For that, head to Wikipedia for an exhausting ride through a busy career, multiple marriages, vacillating political affiliations and errors in judgment that would derail most mortals. He has aged well and in Yellowstone has a gruff voice that, if not his own, is going to result in a nodule on this vocal chords.

Dutton is a sixth generation homesteader who would have us believe, “I’m not a rich man.” This, despite owning a ranch near Bozeman, Montana the size of a national park, his own helicopter, a fleet of trucks and ATVs, cattle, horses, barns, stables and a log cabin mansion to die for. I guess he’s house poor. And “to die for” is the key to this entire series. The Dutton clan is a modern day James Gang.

Dutton’s wife died while out on horseback with her children fifteen years earlier. Daughter Beth (Kelly Reilly) is blamed for the accident with her mother’s dying breath and goes on to become the meanest, sleaziest cowgirl in Montana. Her hatred for older brother Jamie (Wes Bentley) intensifies as the series progresses. Jamie is equally damaged, but was sent away early on by Dad to attend Harvard Law School because, “I need a lawyer.” As a result he returned a misfit, a slick hipster in a family full of murderous wranglers. Thus, the need for a lawyer.

The family is embroiled in local politics. Dutton is literally in bed with the Governor on the anniversary of his wife’s death because, “That’s the one day I most need to think about something else.” He is also at war with competing interests for casino and property development with Native Americans on the nearby reservation, a California developer and the Beck brothers, a sinister duo who stop at nothing to get what they want, including poisoning all of Dutton’s cattle and abducting his grandson.

There are tons of tangential plot lines, generally woven around hapless cowpokes, some of whom pledge allegiance to the Dutton brand by literally being branded by Dutton. The proper position, according to Yellowstone graphic guidelines for the stylized Yellowstone “Y” is the upper left quadrant of the chest, the fleshy part that sizzles nicely while the recipient is screaming. Given that many of the Yellowstone Ranch wranglers are recruited when released from prison, what’s a little permanent disfiguration when offered a job with a bunk and three squares as an otherwise unemployable felon?

When Beth is not goading Jamie into killing himself, or making others wish they were dead, she’s out trashing a Bozeman boutique where her Native American sister-in-law is accused of shoplifting. Racial injustice toward the occupants of the “Res” is a consistent theme throughout the show. And thankfully, they are the only people in the show who aren’t portrayed as murderous savages.

What would a modern day Western be without a compassionate killer who dresses in black and goes by the nickname “Rip” (Cole Hauser.) I’ve lost count of the individuals who are RIP-ing as a result of his trips to “the train station.” This is the local dump where anyone trying to quit their job at the ranch are unceremoniously shot in the head and pushed over a cliff. It makes you wonder about the size of the pile of bodies and duffle bags at the bottom of that ravine.

Rip is the only cowboy who is man enough to handle Beth, but she continually baits and humiliates him. He’s just born to suffer, and is the only branded “family member” who will never benefit from being treated like John Dutton’s son. Meanwhile, actual son Kayce (Luke Grimes), a self-sabotaging outlaw, psychically damaged in the war like Dad, resists being programmed and abused further but can’t seem to escape Dutton’s crushing gravitational pull. Like, who doesn’t have a fistfight with their coworkers to get the respect they deserve when they’re promoted?

Aside from the scenery and a plot that offers plenty of cliffhangers to ensure a repeat visit, there is a possible drinking game emerging thanks to a script full of paragraphs filled with Western wisdom. After a while you can predict the onset of an impossibly cogent sharing of life experience with a pause during which an actor seems to adjust their footing and brace for the delivery of a soliloquy memorized just before Director Taylor Sheridan said, “And, action.” Of course, he’s the screenwriter, so he’s actually setting up a shot framing his own words.

Categories of wisdom thus far identified are: Cowboy wisdom, Indian wisdom, John Dutton wisdom, wrangler wisdom, real-estate developer wisdom, Governor wisdom and Beth’s own particular brand of psychosexual wisdom. In fact, half of the characters are delivering wisdom while the other half are receiving it. Seems like they should eventually learn from each other and kind of even things out. But the really smart ones invariably try to escape, with one last bit of wisdom on the way to the train station.

I have friends who have lived in Bozeman for years. I’d like to hear from residents who are being portrayed as affluent snobs in a town full of baristas, boutiques and whiskey bars where you have to hope you don’t show up at exactly the wrong time. Even minding your own business can get you beaten nearly to death for wearing a nice tie. If confronted, remember to say, “Yes sir, Mr. Dutton” and offer to pay for his drink, or at least be prepared to listen to some words of wisdom. And don’t forget, nothing good happens in bars or after midnight, especially near the Yellowstone Ranch.

Should I watch this?